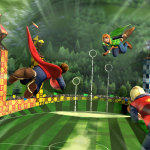 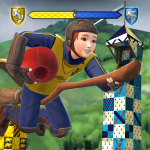 Attention Quidditch fans! Starting September 4, players can play Quidditch in Jam City’s popular RPG mobile game, Harry Potter: Hogwarts Mystery. The new Quidditch feature is an ongoing, multi-chapter and multi-season adventure that is permanently available to all players that have advanced to year 2, chapter 6 and beyond of the game’s story. Complete with all new original characters, unique environments, riveting storylines, fresh gameplay modes, and an engaging narrative, this new addition to the game is the largest feature and content update since the game’s launch in April 2018.

“Quidditch is one of the most iconic parts of the Hogwarts school experience and something our players have been clamoring for,” said Michael Brozman, Sr. Director of Product at Jam City. “We’ve added in a fun and challenging new skill-based mechanic alongside some very captivating characters who are new to the world of Harry Potter: Hogwarts Mystery. As a permanent fixture in the game, we couldn’t be more excited to bring this ongoing, multi-chaptered adventure to players, season after season.”

Season 1 of the new Quidditch adventure debuts on September 4 at 1PM PST, whereupon players will be invited to participate in practices, known as “Quidditch Friendlies” in order to hone their skills. Throughout the seasons, players will unlock new moves – such as Parkin’s Pincer or a Quaffle pass – as they progress through the positions of Chaser, Beater, Keeper, and Seeker. Their ultimate performance in the Quidditch Cup Matches will determine their team’s success. Prizes include special brooms, house-themed face paint, and iconic Quidditch uniforms once they make the team.

Harry Potter: Hogwarts Mystery is the only mobile game where any fan can live their fantasy of attending Hogwarts School of Witchcraft and Wizardry. In this award-winning narrative RPG (Role Playing Game), players explore the secrets of Hogwarts and its grounds and participate in the iconic rites of passage of life at the school including being sorted in Year 1, summoning their Patronus charm, and becoming a prefect in Year 5. True to life in the Wizarding World, players advance through their seven years of schooling at Hogwarts, attending classes, learning magical skills, and forming friendships and rivalries with other students, while investigating an original, unfolding mystery.

For more details on Harry Potter: Hogwarts Mystery and to connect with other fans, visit:

Call of Duty: Warzone Transforms To 1984

You may have missed

Call of Duty: Warzone Transforms To 1984